Last week I facilitated a Twitter chat in partnership with Nick Aster at TriplePundit on how defense and aerospace behemoth Raytheon contextualizes corporate social responsibility [CSR]. On the podium answering questions was VP for Corporate Affairs and Communications Pam Wickham [@PamWickham1]. 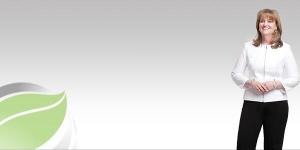 The conversation, which saw 147 participants and generated over five million impressions, traversed through a number of topics and invited many interesting questions from the audience.

Some of the questions:

While we weren’t able to get to all the questions in the hour, Wickham was prompt and enthusiastic with her responses. Grab the recap on Storify and stay tuned for more.

And once again it is seeking to set a mindset shift.

Besides a metrics update that started at the beginning of the month with the announcement that the company had successfully reduced the rate of diarrhea among children from 36 percent to five percent through its Lifebuoy branded handwashing campaign ‘Help A Child Reach 5,’ the company announced its decision to step away from calling the Plan, well, a Report.

A Plan That Is Meant to Evolve

“The Living Plan is meant to evolve. Today, we’re engaging more, we’re collaborating more. We’re not writing a separate report any longer. And I’m proud to say that we’re moving toward an integrated report in our effort show how this is now integrated in our overall plan…why we closed down our CSR department. Sustainability [for us is] integrated, truly embedded across our value chain.”

The company also hosted a live by-invitation-only event in London with 100 senior sustainability influencers to discuss the next iteration of the Plan: an expansion to include three specific social targets:

And a re-emphasis of what it considers its most critical challenges:

And a re-emphasis of what it considers its most critical challenges:

The Rarity of Receiving Honest Feedback

I was catching up with Weed – who was among the initial creators of the USLP and continues to lead it across the organization today – right after the live event. And he was in a good mood. “In its early days, everyone was genuinely impressed [with the USLP] and were always polite in giving us feedback. They were probably also scared of scaring us off. But now, three years in, they’re more open with their feedback,” he told me.

The company is making good progress.

Besides good results from its #Iwashmyhands and #toilets4all campaigns, for example, some of the reported highlights include:

As Weed counted off, “We’ve integrated USLP into our core business, brands like Lifebuoy are experiencing double-digit growth signifying that integrating sustainability in the core of your brand works, we’re creating less waste, saving money, creating eco efficiencies across our value chain, and if positioned right, can have everyone involved engaged.”

“But perhaps the most important highlight is that we are starting to show progress against our commitments and core belief [about integrated sustainability into our business] internally,” he added.

But other challenges emerged.

“Although water usage across our manufacturing facilities was down, when you take into account our entire value chain, it actually went up as did our greenhouse gas emissions. Also scale is tough.”

And the need for good partners.

“We’re stepping up working with others on transformational change. We’ve learned a lot in the last three years. We need to work with others. For example, deforestation contributes 15 percent of GHG – we’ve been doing a lot of work on palm oil by ourselves. Now [we want to] expand the efforts to government and civil society so that we can get to zero net deforestation by 2020,” he added.

For a brand as diversified and exposed as Unilever, finding partners that share ideologies are critical as is changing consumer behavior.

Last year, we collaborated with the Unilever team on a communication strategy that told the USLP story as well as helped the company engage in critical dialogue with its diverse audience. Besides a detailed blog series penned by Sustainability Chief Gail Klintworth that took us behind the scenes and on the ground with the USLP goals – and a live Twitter chat that generated hundreds of questions – one of the toughest challenges that emerged was influencing consumer behavior.

And some things are finally starting to shift.

“The point is to make sustainable living commonplace. We’re an optimistic company – if you get engaged, let’s work together,” said Weed. “Stakeholders are telling us they felt this was very much a part of our business. People are sitting up and talking.”

Numbers aside, changing habits is hard – and it remains the company’s toughest challenge. “We’re using everything we can from celebrities to local partners and rewards. They say it takes 30 days to change a habit. Initiatives like Project Sunlight are important because of this,” he said.

Or the decision to replace current deodorants with compressed versions. “People see smaller cans and think it’s not value for money,” Weed offered. “But if there is any company that has the resolve to take on these challenges, it’s us. We know markets, scale, know how.”

Engagement, engagement and more engagement. As the marketing chief put it, “We need to engage more people to think beyond their own communities and families. It will happen.”

More about the USLP Refresh here.

Originally written for and published on CSRwire’s Commentary section Talkback on April 29, 2014.

It is often said that an empowered woman can lead to happy families, successful team projects, and a flourishing economy.

With women increasingly accounting for a higher proportion of our workforce — and supply chain — empowering them with healthy alternatives, training and access to medical information is critical. BSR’s HERproject has a similar objective in mind. The project, built around private-public partnerships, believes that businesses that invest in educating and empowering women in the workplace enjoy higher efficiencies, lower absenteeism and turnover rates, and higher return on investments.

In fact, “BSR’s HERproject has demonstrated the power of providing women’s reproductive health education in the workplace to transform individual lives, workplaces, and communities,” says Marcus Chung, Director of Corporate Responsibility at Talbots, a women’s apparel, shoes and accessories retailer.

Chung, in partnership with BSR’s Racheal Yeager, will lead a session at the upcoming Ethical Sourcing Forum in New York on some of the results, challenges and lessons learned from collaborating closely on implementing HERproject in Talbots’ contract factories.

Talbots has partnered with BSR since 2010 on creating, investing in and implementing curriculum to educate female garment workers around the world. What makes partnerships like these tougher to implement – but much more critical to push for – is that these workers are not Talbots employees – and the factories are not owned by Talbots either.

“HERproject emphasizes partnering with local NGOs to deliver training to high potential workers, who in turn become internal trainers. We focus on health and nutrition issues which ultimately lead to increased confidence and competency among the workforce,” he says.

So far Talbots has launched the project in its factories in China, Bangladesh, India, Indonesia and Vietnam.

There are some side benefits too, he agrees. “At one factory in Vietnam, management told me that other factories’ workers were approaching them to ask how they could join the factory to take advantage of the educational and training opportunities,” he says.

They have since seen higher rates of applications pour in.

For Talbots – a women-centric brand – this initiative has been crucial in driving social impact and demonstrating worker responsibility. But, according to Chung, it is much more than that. “HERproject also made it very easy for us to scale and take our philanthropic platform across our factories in a very real way,” he says.

“Of course it also helps with vendor dialogues: Our conversations with our suppliers and vendors used to be restricted to garment costing and quality. Now we have much more dynamic conversations.”

For retailers and manufacturers, HERproject, he says, offers a practical way of working with nonprofit partners and internal champions to bridge the complex cultural and economic divides that surround a global company’s supply chain.

Statistics have shown that a woman shunned is a dangerous woman. While an educated and empowered woman invests in the future and drives change for her family, herself, and her employer. Who wouldn’t want such a powerful employee on your side?

Originally written for and published on CSRwire’s Commentary sectionTalkback on March 1, 2011.