“You can’t evolve into being a social media company. You have to be born social,” began Lou Kerner, veteran internet analyst and former managing director of the Private Shares Group at LiquidNet, an institutional equities marketplace. {Kerner departed LiquidNet within three months of taking the job citing differences in views with upper management.]

The topic: Crowdfunding and social media, i.e., how investors, analysts and executives can now use the power of social crowds to raise capital.

Crowdfunding isn’t just the newest — and hippest — way of raising capital for entrepreneurs today. It is also a wide open opportunity for investors, analysts and activists to build new enterprise and address the change they continue to seek from traditional business. Crowdfunding, essentially, builds on our hunger for social connections to raise awareness, pique interest and channel that into opening access to capital for worthy projects.

Case in point: Kickstarter, RocketHub, Seedmatch, etc. Some would even put DonorsChoose in the same category.

Congressman Patrick McHenry, R-NC, who opened the conference, alluded to President Obama’s recent appeal to pass the crowdfunding legislation, titled The Entrepreneurs’ Access to Capital Act, to free up capital for entrepreneurs. A firm and emphatic supporter of the bill, he added:

“The marketplace desires this. Why else would so many people come here on such a gloomy day if you didn’t want this? Capital must flow where it is best used. This is what is at the heart of capital formation. Get to the point where the American dream was to grow a business and eventually access our public markets.”

Choosing to use Innovator Dilemma author Clay Christensen’s theory of disruptive innovation, Kerten exemplified Wal-Mart and Amazon not dominating the fast-growing social media space today despite their size and history because “you have to be born social to be social.”

Primarily “Second Internet” or Web 2.0 companies are all about facilitating sharing, he emphasized. Facebook is the dominant platform for these activities, he continued, adding that Twitter, Tumblr, LinkedIn, Pinterest and YouTube represent formidable platforms in their own user following and growth.

In this landscape, brands can no longer buy audiences. “They have to earn them because users choose what messages they’ll share with their social network,” he argued. Example: Gaming company Zynga’s ability to drive Cityville to 100 million users in just seven weeks by leveraging Facebook users’ willingness to share their passion.

Smart brands understand people with high social media influence can do a lot to help or hurt their brand with a simple tweet or Facebook post. Klout is the perfect example of this growing niche of influencers. In its short existence, Klout has rated over 100 million individuals’ influence on social media and devised a score that Kerner termed as the equivalent of a FICO score for the Internet.

Offering up a recent study of Facebook usage, Kerner noted that 16 percent of Facebook users’ time spent online was on Facebook. Further, that time spent online was up 40 percent from the year before. Compare this, he said to Facebook’s latest product, Frictionless Sharing, which allows you to share content with your Facebook network without actually being on the Facebook platform. The opportunities? Endless. 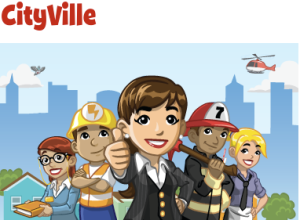 Twitter’s uniqueness, on the other hand, is in the immediacy it offers users. This, according to Kerner, is only going to grow. Pointing out that news organizations were one of the weaker members when it comes to using social media, he added: “Of the top news organizations, 93 percent have Twitter links going back to their own content and only 2 percent have links that send them someplace else.” For Kerner, this emphasis on pushing out content and resulting failure in engaging their audience in real dialogue translates as lost revenue.

We’re already using social media to channel our passions, thoughts and build deeper relationships. So, why not also to fund projects and new ideas?

What do you think? Could crowdfunding be the way forward for budding entrepreneurs tired of working in a closed-door market?

Originally written for and published on CSRwire’s Commentary sectionTalkback on February 28, 2012.